They call them 'Smartphones' for a reason, though I'm not entirely sure what the reason is...


When I purchased my very first 'smartphone' last year, on my very first pay monthly contract deal, I have to admit I was besotted.  I abandoned my Pocket Guildford Filofax and my Moleskine for an online calendar syncing system, and took full advantage of every note-taking app I could download for free.  Even my laptop became a bit redundant when I discovered a screenwriting app, a 'quickoffice' app, and various blogging and social networking apps.  It was bliss and most of my spare time was spent squinting at the mini-screen - On the bus, in bed, and on the loo.

But I soon found that my battery was just not up to the job.  What happened to those good old Nokia phones that used to last about a week before they needed re-charging?  My new 'smartphone'  dies at the most inconvenient of times, and I can barely get through a day. So to rectify the problem I got into the habit of having the phone permanently on charge whenever I was at home, so that at least I would know that when I was out it would be fine.  But effectively this only made the problem worse.

Then a few months ago the worst thing imaginable happened. The socket where my charger lead fits into my phone became loose.  First a little wiggle sufficed to do the trick, then a good shove tended to kick-start the charging process.  But of course I'd have to keep an eye on it because it would randomly stop charging which was jolly dangerous, because suddenly I was waking up in the morning to find it was actually the afternoon. My so-called 'smartphone', which had cockily replaced my alarm clock too, had conked out in the middle of the night because it had stopped charging two minutes after I had drifted off to sleep!  I don't know about you, but I don't think this is very smart. If anything I think its smart-ass and lazy.

In a short space of time the situation became so ridiculous that I was balancing the phone upright and on its side; sometimes upsidedown, wedged in a groove between a stack of books, with an elastic band wrapped round the phone to keep the connection intact.

It was at this point that I had had enough. I was about to give in and purchase a new 'smartphone' when my aunt suggested an external charger for the battery.  So I ordered a charger on Ebay that sticks in the wall and I have to take the battery out of the phone and slot it into the charger every time it needs charging.  For this reason I have two batteries so that one can be charging while I am using my phone.  But each barely lasts a day, and the MOST annoying thing is that my nails break now on a daily basis as I try to pry the phone open to swap the batteries over.  The whole thing is completely bonkers.

What's worse is that when I purchased the smartphone I didn't automatically become a 'smart-owner' of the 'smartphone'. I was mislead into paying insurance I didn't ask for.  I discovered this earlier today in fact when for some reason I was analysing my bank statement.   £7.99 a month since this time last year - Ouch!  So here I have been struggling with all the flaws of my decrepit piece of 'advanced technology' for a good three or four months and the fact is I have insurance that I didn't even know about, and could hence have simply had the thing replaced.  Apparently a month or so free insurance comes automatically with a phone when you purchase the contract, but the loophole is that you have to remember to cancel it after the free period if you don't want to pay for it!

Anyway, I guess I shouldn't complain.  At least now I know that I can go to The Carphone Warehouse and get the problem fixed, and then go to the Salon and get a manicure.

Filofax Fanciers may be relieved to know that I am back to using Filofax organisers. They are SO much better than 'smartphone' calendar apps.  And here's why...

My 'Smartphone' fits pretty much anywhere - In my pocket, in my handbag, and even in my Filofax, but the battery-life means that using it on the go can often be short-lived if I don't have my charger with me, which takes up more space in the bag.  My Filofax takes up space in my bag too, and can be heavy depending on what size I have chosen to use, but at least all of my information is constantly accessible.

My 'Smartphone does pretty much everything, all I have to do is download an app, and put up with touch-screen typing which can be annoying.  My Filofax can be specifically designed and organised to my needs as well.  My A5 Filofax works as a portable office-desk which is great for commuting, and my Pocket Filofax can double up as a wallet, and also slot my phone in, so its almost like a clutch bag!

My 'Smartphone is discrete and formal, but can be jazzed up with clip-on covers, gel covers, sleeves and holders.  My Filofax - well I don't think I need to say that I am in love with it, isn't that given?

Thanks for your comments and getting involved! :) 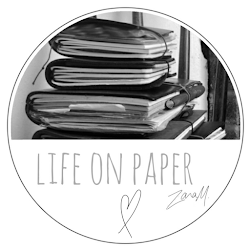 The Best Place for Handcrafted Stationery 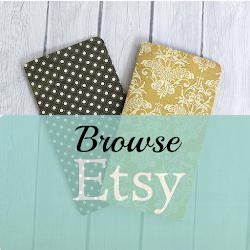 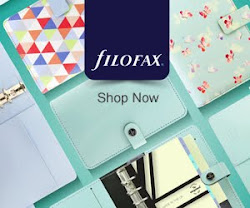